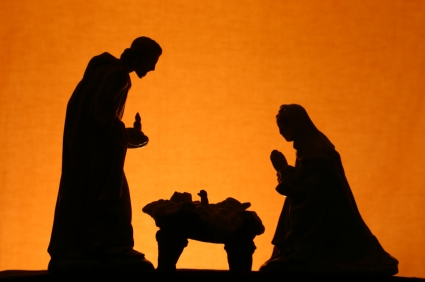 Christmas has become so commercialized that children are often confused about what is part of the Christmas story and what is myth or fable.  Most children know about Jesus being born in a manger, but many think that Santa Claus was there too!  Below are some Christmas Bible facts for kids that will help make clear what Christmas celebrations are from the Bible.

In the entire Bible, the birth of Jesus is only told in two places, so all Christmas Bible Facts for Kids comes from these sources.   The first is Matthew 1 & 2, and the second is Luke 1&2.  Luke 2:8-16 is the beautifully written passage about angels appearing to the shepherds outside of Jerusalem.  It is included in many Christmas performances and will keep most kids on the edge of their seats—hence it is a great thing to read in Sunday School!

Along with that special reading, here are some interesting Christmas Bible facts for kids that you can present:

Christmas was a suspenseful yet wonderful, God-ordained time of history as these Christmas Bible facts and many others will attest.  You can use them in trivia games, art projects, performances…or just have fun sharing the Bible facts about Christmas with your kids!